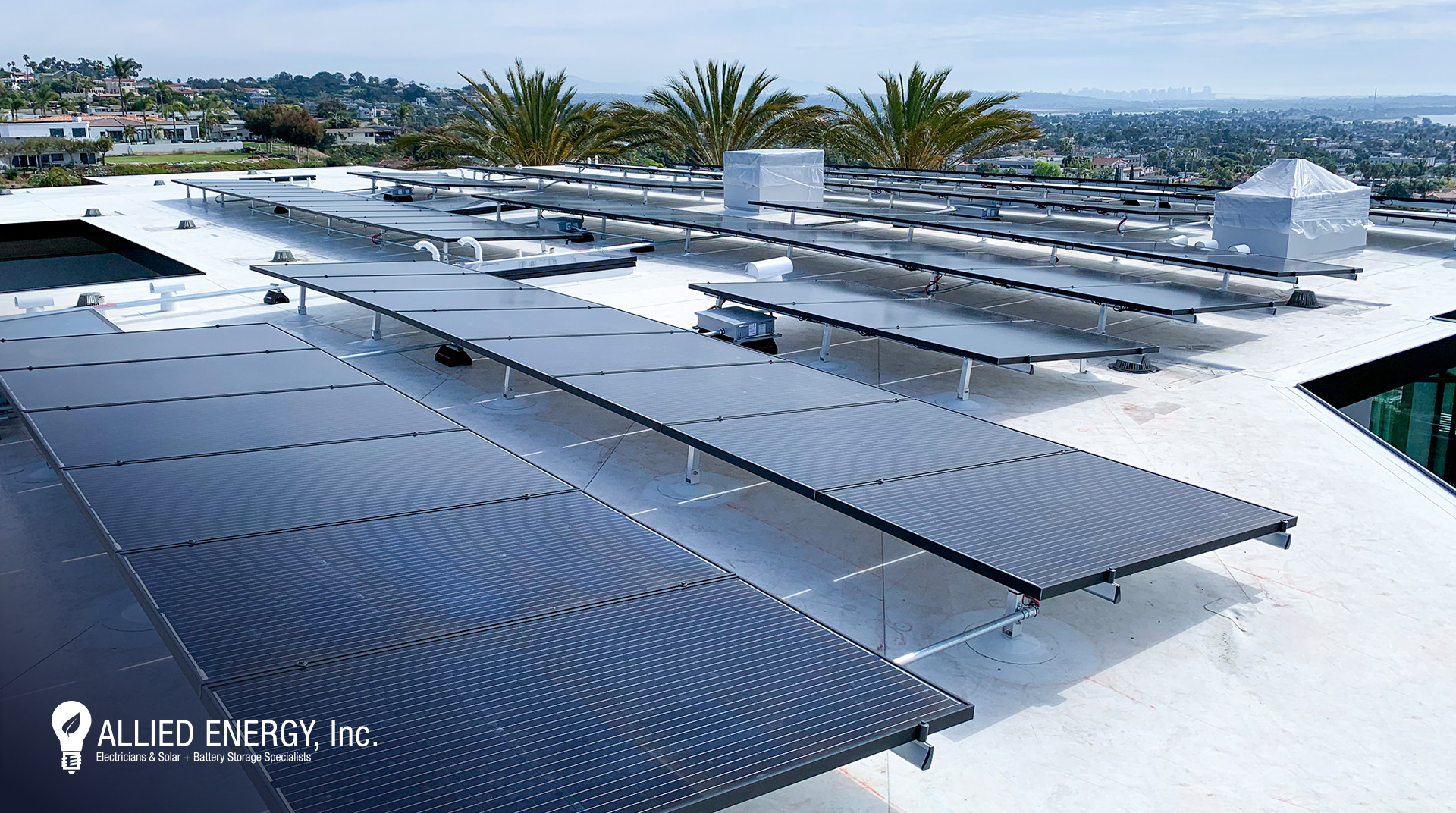 During the hot summer months when peak fire season is a major concern, millions of California residents are subjected to public safety power shut-offs by their local power companies. As these rolling blackouts have become more prevalent, we are seeing a surge in requests for battery backup options as critical facilities and residences seek ulterior forms of energy to prevent further electrical down time.

Essentially, a backup battery system allows you to determine what’s going to be powered by your batteries during an outage and for how long—in other words, identifying which appliances and devices are considered “critical loads” that must run during a grid outage, and which devices are considered “non-critical. During the day, your solar batteries are charged from the power that the solar panels obtain. The battery system helps serve as a cushion between the solar panels and the household appliances. When a power outage occurs, the backup battery turns on and is able to charge the most crucial appliances in your home. In order for the stored energy to be the most efficient, your battery system must be installed near your distribution panels.

AC coupling uses the traditional inverter but adds on a second inverter. This second inverter is a “storage inverter” that charges the battery. DC power is converted to AC power through the inverter. This power either goes to your home for electricity, your battery if you are producing more electricity than needed, or back to the grid if your battery is fully charged. This is a lower cost option, however, because this process has multiple steps, it is slightly less efficient and can result in some energy to be lost in the process when compared to a DC coupling option.

DC coupling is a system that uses hybrid inverters. This requires the inverter being changed in order to work with solar and a battery system. With this option, the battery is charged using DC power produced by the solar panels that is then directly transferred to AC power through the proper inverter. While it is a more costly option upfront, the minimal steps in this conversion process allows for more power to be transferred to the battery. This could be a great option for solar system owners who are in need of a new inverter due to the inverter being at the end of its life.

The fluctuation of overall cost is also dependent on the inverter installed for the system. String inverters, power optimizers, and microinverters vary in cost and differentiate in how they operate. String inverters are the most cost effective option that are also easy to install. The solar panels are connected by strings that then connect to a single inverter. The biggest downfall with this type of inverter is in the case of shading on any panels. If any one solar panel is under shade, it can affect the entire solar system. Power Optimizers are a slightly more costly option that serve as a compromise between string inverters and microinverters. With this inverter option, there are devices located at each panel that “condition” the DC electricity that is then sent to the string inverter. Power Optimizers help reduce the impact that shading can have on the system performance while also offering panel monitoring. Similarly, with Microinverters, homeowners can also monitor the performance of individual solar panels. Microinverters are the most expensive inverter option due to the installation of smaller inverters on each solar panel. These inverters convert DC to AC electricity at the solar panel with no need for a separate central inverter that the power optimizers need.

Adding on a battery storage system comes with many components and options that can be a complicated process for homeowners. Allied Energy helps homeowners find the most cost effective system that will also serve its purpose for providing your home with clean, renewable energy.